The Introduction Of Caravans To The UK

Caravan holidays have been a long-standing tradition throughout the UK since 1880 when Dr William Stables asked Bristol Wagon & Carriage Works to manufacture the world’s first leisure caravan in black and gold, so he could live as what he referred to as a “Gentleman Gypsy”*.

The UK adored the idea and now love them so much that every year British people spend approximately 50 million nights inside their beloved mobile homes*. In 2019, there are now over one million caravans in use in the UK and the caravan industry still remains an important contributor towards British tourism.

This report explores what it is that is helping the UK caravan industry to continue to successfully grow and contains a compilation of key caravan market trends and insight for the market leading up to 2019.

We hope that this will help you to gain a better understanding of the trends, economics and future of the UK caravan tourism industry so that you can understand and take advantage of any potential opportunities available to you.

People of all ages love the experience of a caravan holiday and with over 50 million nights spent inside our beloved caravans each year and the constant development of the facilities that surround them, the industry is opening its arms to everyone.

UK residents are the third biggest caravan enthusiasts in Europe according to the NCC. France are the second biggest caravan lovers and Germany top the charts* with the highest touring caravan to population ratio. However, the UK remains the market leader in caravan manufacturing.

According to the UK’s largest database of car insurance data* there is a clear correlation between caravan ownership and occupation. The top five types of professional most likely to own a caravan include:

Due to the male dominated nature of these job roles, it is fair to assume that the majority of caravan owners are likely to be men with a practical interest in the outdoors. However, this may be subject to change over the coming years, as more women each year are getting the necessary training and license required to be able to drive and tow vehicles with a weight of over 3,000kgs making owning a caravan a much more viable option.

Why Do People Buy Caravans?

UK residents can be inspired to purchase a caravan for a number of reasons that including tourism, commercial reasons and residency. Each type of caravan use has various costs attached to it including pitching fees, maintenance and utility connections. 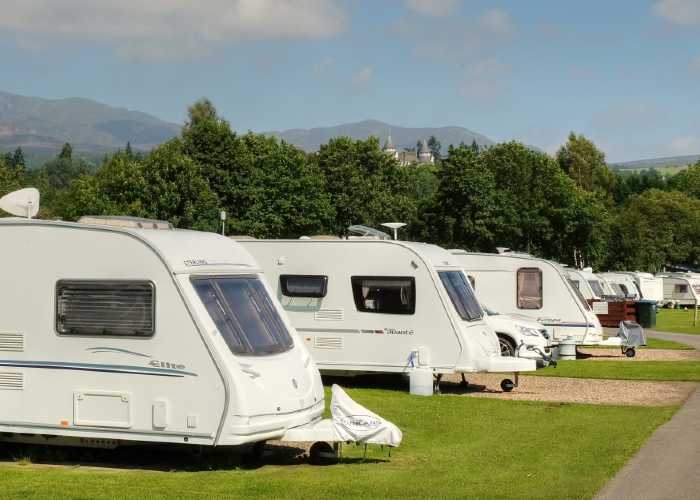 Touring caravans are mobile caravans that can be attached to cars or other vehicles to be transported to different locations. Residents in the UK are the proud owners of over 500,000 touring caravans*.

Costs associated with this type of caravan use can be kept to a minimum if the owner is able to store the unit on their property when it is not in use. If not, average UK pitching fees of between £5,000 and £12,500 per year may apply*. 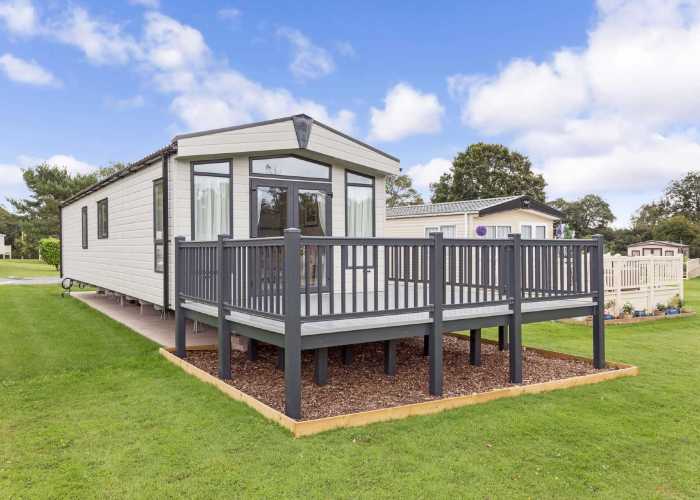 One in 10 UK adults now own a second home*. This means that 5.2million people have a property that could be considered as a holiday home.

For the remaining 46,800,000 people in the UK, a second home is too costly, so many opt for a static caravan if they wish to set up an additional residence in their favourite holiday spot. As a result, there are now over 365,000 static caravans in the UK.* 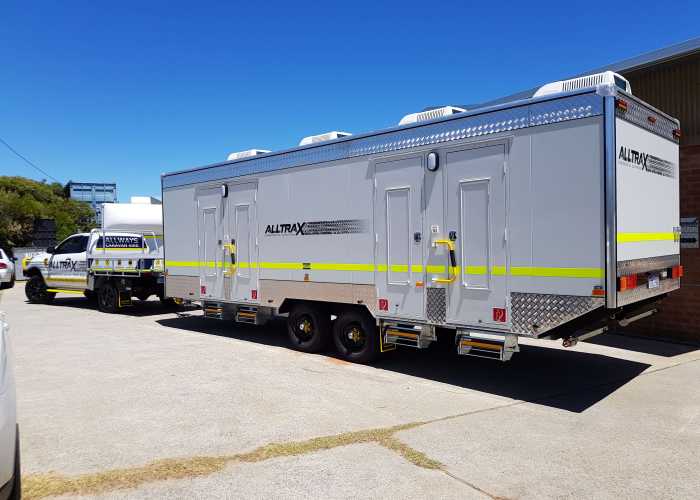 The commercial caravan market has experienced considerable growth since the announcement of Brexit in 2016. This is due to fears regarding the changing value of the pound and immigration influencing holiday makers to stay on UK shores for their vacations. This has resulted in a rise in demand for commercial caravans and holiday home rentals, making the caravan market a great place for those willing to let their holiday homes.

This demand has resulted in an increase in the cost of pitching. However, the rising demand for holiday homes and a reduced number of regular vacancies during both peak and off-peak seasons is helping to balance the equation. This makes a caravan a great investment for those looking to build additional revenue through rentals.

Other commercial uses for caravans include temporary accommodation and workstations for travelling workmen, however this only includes a very small sector of the market. 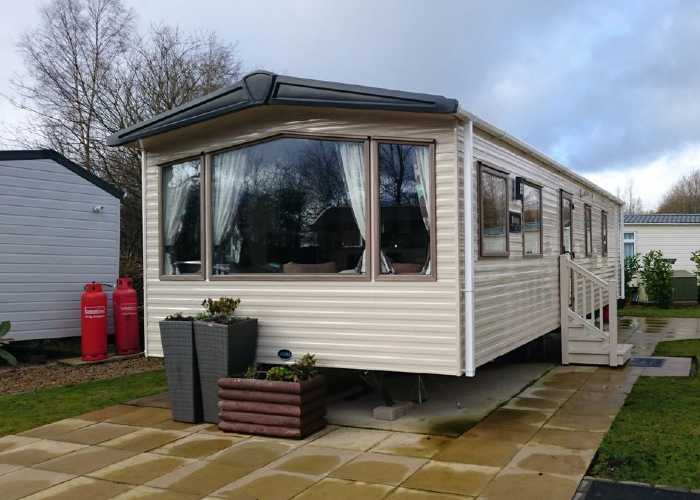 Over recent years, rising cost of renting in the UK is thought to have forced a lot of people to seek out cheaper means of living and many have chosen to make a caravan their home. This trend is more prominent in lower income areas of places like Bristol, where there has been a 33% increase in rental costs*.

This is affecting both the young and the old as younger people are not able to make their way onto the property market and the elderly seek out lower cost means of sustainable retirement. Until rental prices cease to rise, or wages and pensions rise to match them, we will be likely to see this trend continuing to grow.
What kind of caravans are people buying?

The types of caravan that people are buying can be segregated into three categories including touring caravans, static caravans or holiday homes and motor homes:

According to the NCC, caravan purchases in all areas are experiencing steady growth year on year. With the introduction of the motorhome, there has been a significant shift in the number of people opting for the all-in-one vehicle experience as opposed to conventional caravans. However, the most popular of the three categories remains the conventional touring caravan*.

Approximately 95% of touring caravans and holiday caravans in the UK are made in UK shores, as well as almost 60% of motorhomes*. This is great news for the UK tourism industry as in excess of £2 billion per year is spent on caravan holidays alone.

It is estimated that the economic impact of the UK caravan industry is £6 billion per year. The sources of this income include tourism, holiday bookings and the sale of products and related services.

Budget caravans can be bought for as little as £13,000, however a premium caravan can cost as much as £26,000. On top of this, millions of used caravans are also bought and sold every single year in the UK.

The UK motorhome market on the other hand has seen a steady increase in growth since 2008, with a lot of the British public now opting for staycations or road trips instead of going abroad*.

This is largely due to the impact of Brexit. 65% of travellers that took part in a survey by Travel Weekly were worried about the changing value of the pound. If conversion rates are poor, this results in the cost of going abroad increasing significantly for British holidaymakers. Furthermore, 60% of Brits are worried about how Brexit will impact their ability to access free emergency healthcare in the EU.

Another positive sign that the caravan industry is set to continue to have a good impact on the economy is the increase in the amount Brits are spending when on this type of holiday. The average amount spent on a staycation grew by an astonishing 37% in 2017-2018 alone*. This is an encouraging sign for other UK businesses within the tourism sector.

This makes Wales the number one destination for staycationers and tourists looking to take a caravan holiday in the UK, closely followed by Scotland, Northern Ireland and lastly England.
Caravan industry trends analysis

To summarise, caravan holidays have been a part of UK culture for many years and remain an integral part of our manufacturing and tourism industries in 2019. Demand for caravans and pitches is set to continue to increase with rising rental prices and demand for low cost means of accommodation.

The uncertainty that Brexit has brought means that UK rental prices do not look likely to decrease any time soon and that the value of the pound is set to remain uncertain for the time being. This isn’t all bad news as it is resulting in increased residential tourism from UK citizens and more demand for accompanying leisure services.

The warmer weather during British Summer Time is also playing a factor in this as UK residents no longer have to go abroad to experience nice weather and warmer climates.

Furthermore, internal caravan technology has developed leaps and bounds since the late 1950’s making this a comfortable choice for a vacation. Many of these advances in design are being influenced by domestic trends and the need for sustainable technology.

This, accompanied by the increased demand for UK caravan manufacturing means that there is a bright and comfortable future ahead for the industry and that Britain will benefit exponentially by remaining at the core of caravan development and tourism.