Baileys are one of the biggest caravan manufacturers in Europe and have 60 years of experience in making caravans. Despite this and their attractive layouts, many of Bailey’s customers have become dissatisfied with the plethora of examples of bad workmanship and poor-quality control. Some customers are happy with their caravans, however, but be careful if you do want to purchase a Bailey Unicorn Caravan anyway. In this article, we will look at commonly encountered problems users of Bailey caravans have had to deal with. We hope that this article is interesting and informative so you can recognise the risks of purchasing one of these caravans. 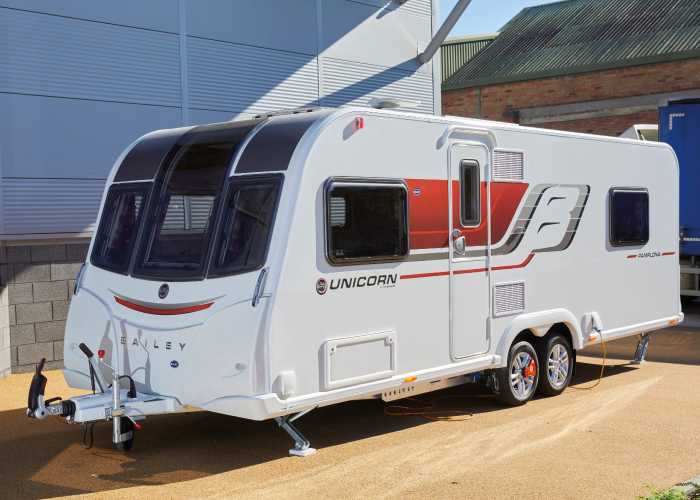 A common problem with Bailey caravans is the fact that they quite often have problems related to leaking in the roof strap. Some people purchase a brand-new Bailey, and for a few months, they are perfectly happy with the caravan. Later, however, they will start to experience rain dripping down onto them. This is due to the fact that Bailey Unicorn caravans frequently do not properly fit in their straps properly.

As well as this, Bailey will likely charge you for any parts from a third party and will only do that if you are a service agent, despite this issue being a design fault. If there are any other problems Bailey have to deal with, the wait could be very much delayed, which would further frustrate any caravan owners who use their Bailey.

Among caravan owners who use a Bailey, a frequent problem is their Alko Axle is not supported properly by the rubber, and thus the rubber needs to be replaced. This is because of the lopsided nature of Bailey unicorns. This can cause tyres to rub on the wheel arches and result in accidents. If you go to Bailey about this problem, however, they will more than likely tell you that it was your fault for overloading the van at one point.

Other problems found in Bailey caravans include: