Many modern caravans are built with grade three insulation. Previously there were only grades one and two. Grade one caravans are likely to be over the rainbow bridge by now, since they were probably built in the 1970’s and 1980’s.

In 2010, Swift achieved grade three thermal insulation across most of the range, and this was big news particularly for people who wanted to caravan all year round. 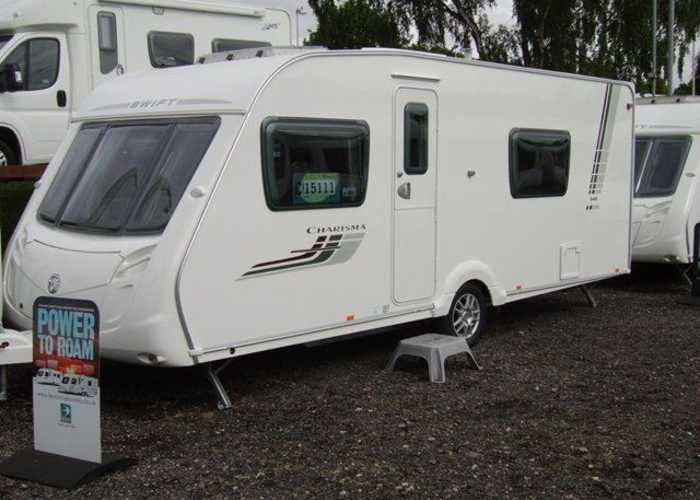 What Does Grade 3 Insulation Mean?

The caravan club defines it as a caravan that will stay warm (at around 20 degrees) even though the weather outside is lower than -15 degrees.

In contrast, grade two insulation will keep the inside of a caravan warm when the outside temperature is 0 degrees.

So, if you want to take a winter break, then a grade three insulated caravan sounds great. However, there are some little niggles you will need to be aware of.

Firstly, you will need to think about the placing of your pipes. If any section of your pipes are on the outside and therefore exposed to -15 degrees weather, those parts of the pipes will freeze up. Even warming the pipes with a hair dryer will not thaw them out and remember that water (or snow) and electricity don’t mix.

Depending on where your pipes are you can get some frost, and if they run under the caravan you could be in for some problems not just because they will freeze. Pipes under the caravan will be difficult to get to. Some pipes are sandwiched between floors and they are impossible to get to without taking your van completely apart.

Another concern is if you have an outside water source. Whatever you have to pull water into your van, it should be fully covered so it is protected from the weather. Thermal coverings are available but if the temperatures really drop, then you can expect the water to at least partly freeze. Nothing will protect against -10 or -15 degrees.

The answer to this problem is to empty your external water container the night before. You can just keep a small amount of water in the caravan, so you can have a hot drink before going outside to re-fill it. Likewise, do what you can to empty the pipes. An empty pipe will de-freeze more quickly than one full of water.

If you have internal pipes against an outside wall, then lag the pipes. This doesn’t have to be an expensive job. Take some black plastic bags, and some lagging from a hardware shop. Tie these round the pipes in your kitchen and bathroom pipes, and that should be good for a few years. You can buy winter packs for your caravan from reputable sellers.

The other issue is condensation. You will get condensation if you are warm inside and outside it’s cold. We have written extensively about how to reduce condensation, so I won’t go over it too much. It’s safe to say leaving windows open a crack and airing the caravan from time to time will help reduce condensation. Leaving the heating off at night is a good idea too.

Caravan Manufacturers Who Use Grade 3 Insulation In Their Tourers

Swift has been mentioned above, but 2010 Swift Charisma, Challenger & Conqueror, Sterling Europa, Eccles & Elite caravans are all grade three insulated.

Bailey caravans since 2008 have been given grade three insulation, as well as their motorhomes. In fact, in 2018 Bailey took their new Advance caravan to the Arctic circle to test them out in real conditions and were happy to find they worked perfectly. This is partly due to the Alu-tech construction of the body shells, of which Baileys is rightly proud.

A perhaps more unorthodox way to find caravans that are warm is to look at the caravans that travellers use, since they live in caravans all year round. Try such brands as Knaus, Hobby, LMC, Tabbert, Weippert, Fendt. No doubt they have grade three insulation!

Elddis are another brand that have been adding grade three insulation to all their vans, and so they will be very warm and cosy for you all year around.

Caravanning in winter or in cold weather in the UK isn’t what it used to be, shuddering and shivering under cold blankets. Modern caravans are designed for the adventurous caravanners and can be used all year round, not least because of grade three insulation. So, you can think about getting away at Christmas if you want to, and even stay all January if it takes your fancy.