Is It Safe in a Caravan During a Thunderstorm?


Have you ever been sat in a thunderstorm while caravanning somewhere and wondered how safe you actually are? Well, if you spent even just a small amount of time researching this matter, you’d discovered that you are by no means alone.

Like most things related to caravanning, there is a lot of divided opinion about this subject. While some say you’re safest in your car, others say you’re perfectly safe in your caravan. To help dissect this subject a little, we are going to look at the reasons for both sides of the argument. 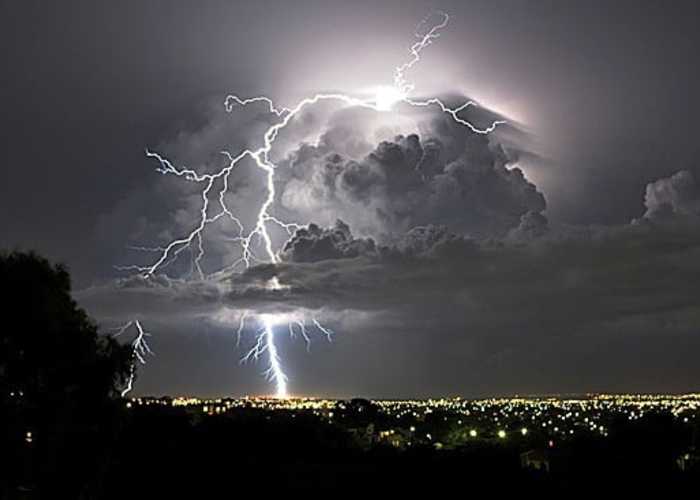 Safer in a Car

The main reason why most seems to feel that you’d be safer in a car than a caravan during a thunderstorm comes down to Michael Faraday and the fact that a car acts like a Faraday Cage. For all the people who aren’t huge science geeks reading this – a faraday cage often referred to as a Faraday shield describes an enclosure that can be used to protect the contents, whether human or otherwise, from the risks associated with electromagnetic fields.

As a Faraday Cage needs to be made of a continuous coating or framework of conductive material, the thought is that a car would be a better variation on this as you are essentially in a steel cage. The electrical current from lightning would then run through the framework, but not actually get inside and cause you or any other passengers along with you shocks or serious injuries.

Why is this better than a caravan? The reasoning is that many, but not all, caravans do not consist of a frame like a car. They are not made of a continuous frame of metal. Often, there are aluminium pieces, but not all of the panelling has aluminium built into it. Therefore, there is no complete circuit and the possibility at least that the electrical charge from a lightning strike could make its way inside or cause a fire to start.

There is also an argument for a car because, unlike some caravan designs, a car has four rubber tyres that act as a ground for the electrical circuit caused by a lightning strike, helping to make it safe.

The other side of the debate is that at best it doesn’t really make much difference and if it’s a choice between staying somewhere undercover and trying to leave that cover to go somewhere else during a thunderstorm, it would be best to stay in your caravan. Although a caravan is not as protected, it still offers some protection.

Some argue that the electric hook-up adds an extra dimension of risk, so if you have unattached that and switched off all the electrical accessories that you don’t need, you will be safe.

Another argument that comes up frequently is that based on where we are talking about caravanning, in the UK, thunderstorms are very common. Accidents involving caravans and thunderstorms are not nearly as common. So, although the question is an interesting one, there’s not a lot of evidence to suggest that this is a massive issue that anyone needs to be worried about.

When it comes to deciding what you think is best, therefore, there is no black or white reasoning, it’s really about what you feel most comfortable and safest with. We’re sure you’d be safe enough in a caravan, as long as you take precautions if a thunderstorm comes your way. But, we are not going to judge anyone who decides to rough it out in the car while a thunderstorm is raging on.