Have you found the caravan of your dreams, but need to find a suitable towing vehicle because your current car isn’t suitable? Perhaps you are just looking to upgrade your car because it has seen better days? Regardless of what the reasons is for you looking at cars capable of towing a 1500kg caravan, we know how overwhelming it can be when you consider just how many different vehicles there are to choose from out there.

That’s why here at Caravan Helper we have decided to make things a little easier for you. Rather than having to search through hundreds of cars that potentially would be great towing vehicles for your caravan, we done he leg work. In the following post you will find 10 cars that we think would make excellent towing vehicles for 1500kg caravans.

With our first choice of car we thought it was important to smash through the misconception of what an ideal towing vehicle looks like. What better way to do this than with the sporty and slick Kia Stinger? It’s not an estate or SUV, but what it lacks, for want of a better word, in bulk and size, it more than makes up for with its powerful, turbocharged 2-litre engine. That engine can take the car, with caravan in-tow from 30mph right up to 60mph in just under 9-seconds.

It offers a stable drive, normally, but there can be some side-to-side swerving when you reduce speed from 70/60mph. Hills are no trouble, thanks to the electronic parking brake and the eight-speed transmission working in conjunction with the impressive engine, the car makes light work of them.

On the inside, there’s a lot of space, especially for a coupe-style car. Legroom in the back is a little lacking, but even adults will not find it too uncomfortable on short journeys. The boot is one of the biggest surprises though, as you can fit quite a few bags in there without hassle or fuss.

If we would change one thing about the Stinger, it would be for it to have specialist trailer stability control. However, in general, this is one surprising car and would not be a bad choice as your towing vehicle.

The Skoda Octavia is one of the more popular choices when it comes to towing cars. Not only does it offer a lot of space, in the boot for luggage and in the front and back seats for passengers, but it provides an incredibly safe and stable drive. Even with a 1500kg caravan. Even when reaching the national speed limit, the Octavia holds its own and when it comes to changing lanes, it doesn’t falter. Even if there can be a little swerving to the rear of the car.

Its breaking system is also stable and incredibly responsive, making it feel very safe to drive. Reaching 60mph from 30mph only takes around 10.7-seconds and the car handles steep slopes like a champion.

A great value option from a reliable manufacturer with a history of producing fine towing vehicles.

The Peugeot 5008 is a sturdy and tough SUV that is another incredibly popular car, especially with caravanners. It has a very practical, but stylish design and construction and has space for seven without compromising on space. Furthermore, it also offers a large degree of versatility when it comes to the variety of layouts you can choose from, depending on the way you recline, fold-away or slide the chairs.

Many actually think it’s best to look at the 5008, in fact, as an MPV dressed up like an SUV. The headroom could be more spacious. But what about as a towing car?

If we had to pick out one word to describe its performance as a towing car, we’d say stable. Changing lanes are not a problem and you’ll only notice the smallest amount of movement at the rear. When travelling at speed, the car also handles itself rather well and considering it offers 177bhp with 295lbft of torque, there’s more than enough strength to pull a well-chosen caravan.

Volkswagens are known for being nice towing vehicles, and then T-Roc is a great all-rounder of a choice. Although it may not be quite as good as something like the Skoda Octavia when looked at in overall terms, in terms of its ability to tow, it comes close. Lane-changing is executed well with it and there’s not that feeling of uncertainty or unsteadiness. On the motorway though, it can struggle at higher speeds and doesn’t offer quite the same level of stability as the Skoda.

Its 1.5-litre is very lively and at times you miss the additional pull of more powerful diesel. If you are willing to work though and switch gears at regular intervals, the T-Roc manages to accelerate nicely from 30mph to 60mph in around 11.5-seconds.

Hills require a bit of work, but with a balance of throttle and clutch, you can do it smoothly enough. Although it lacks somewhat in the storage department, it does have a very responsive trailer stability system installed into it.

For the price its available at, the Vauxhall Insignia Country Tourer offers a whole lot of quality automobile. You get a four-wheel-drive estate with a lot of space and a good range of standard features. It is not the most outstanding when it comes to its performance as a towing vehicle and it is not as good at handling higher speeds than others. This could be the softer suspension that’s responsible for this side of things.

Where this car excels a little is in terms of its storage capacity and space. The rear, compared to other versions of this model, has a comfortable amount of legroom for backseat passengers, while the boot can fit a lot of bags. As a nice addition, given the control and stability side of things, the car does feature trailer stability control.

The Volvo XC40 D4 AWD R-Design Pro has something of a sterling reputation, given that it was voted Car of the Year by What Car? Many consider it to be the best family SUV available now. Although it is smaller than the average SUV, it still quite bulky and has a kerb weight of 1735kg, making it well suited to a wide range of caravans, including 1,500kg models.

In terms of speed and stability, it takes 12.1 seconds to get from 30 to 60mph and has a much shorter stopping distance than cars with similar weights, at 11-metres when reducing speed down from 30mph. Lane-changing, the Volvo is perfect and offers no problems. No noticeable problems anyway. The interior, as you’d expect from a car of this calibre, is immaculate.

You’ll probably get a shock at how much space there is, with even adult passengers having enough space for a comfortable ride in the back. As it is a 4×4 though, that transmission tunnel does tend to get in the way of any third passenger in the back seat. The boot, considering its size, is lacking, but overall, this is a very impressive car and a very practical and reliable towing vehicle.

With its juicy 2.0 TFSI engine, the Audi A4 Allroad is capable of 44.1mg at 249bhp. On its own, this car is something of a beast on the road, but with a caravan in tow, the speed is not held back, and it can cover 30 to 60mph in a very impressive 6.8-seconds. Making it quicker than even the Seat Ateca or Jaguar XF.

Although its fair to say that having that kind of speed at your disposal for a caravan journey is nice, its not essential. However, what it does mean, and where it does matter with regards to caravanning, is that it can handle speed with huge amounts of stability. Especially when the air is still and calm. Even in wind, there is some movement, but nothing to write home about as being anything approaching worrying or unsettling.

Quick stops are also handled well by the Allroad, and it can reduce speed from 30mph over just 10.6-metres. Its downside is that it’s not the roomiest car of all, but there are no hard and fast rules about making use of the collapsible spare if necessary when towing and the car has very neat and practically-positioned towing gear and some of the easiest to access and function electrics.

The Mitsubishi Outlander may not be the first choice for many as a towing vehicle. However, we think that opinion and feeling should be different, as it is very reliable and provides a good amount of strength and pulling power making it suitable for hauling a wide array of suitably-paired caravans. It can achieve 30 to 60mph in around 14-seconds, which is not as fast as others, it’s a good and consistent acceleration.

Slopes can be handled easily with the electronic parking brake down and the automatic gearbox working alongside the four-wheel drive make it easy navigating up most gradients. It is not the nicest by a long stretch to drive as a day-to-day vehicle. However, as a towing car, its incredibly practical and has a solid construction, along with a versatile seating area for up to seven passengers.

When it comes to packing luggage into it, the two seats at the very back can be hidden away and there is a huge amount of room available. The towing gear has been very conveniently and neatly installed.

It may not be the cheapest, but when you consider the fact that it has a five-star rating for safety from Euro NCAP and the standard features even the regular model has, it’s a great choice for the price tag.

If you know what you are looking for and want a medium-sized towing vehicle that will handle well in most conditions, then you should give some serious thought to the Seat Ateca. This car provides quite the punch with its 2-litre diesel engine and the vehicle’s four-wheel-drive capabilities make the most of it.

In its weight class, thanks to its 30 to 60mph in 10.2-seconds, is one of the quickest, making it a confident car for when you need to overtake. As you’d hope, the stability it offers is great too and is capable of smooth lane changes, without the caravan snaking too much at all.

It also handles hills well, with the electronic parking brake helping to prevent it from rolling backwards and the DSG auto and powerful engine making pulling away a cinch.

On the interior, the Ateca is a beautiful car with a lot of room and it benefits from conveniently-installed towing gear and a reversing camera. A downside could be that if you are taking a lot of luggage, you might struggle to fit it into the Ateca.

There you have it folks, a quick rundown of 10 great cars available that are all capable of towing a 1500kg caravan. There are others out there and obviously the final decision is yours and yours alone, but if you opted for any of the above, we are sure you’d be more than satisfied with your investment.

Are you after a new caravan to go with your new car? Then take a look at this guide we put together about buying a new caravan. 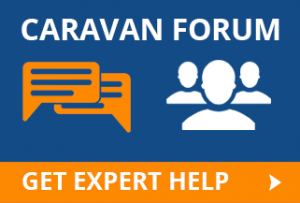